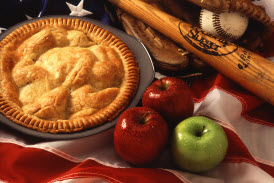 The flag, motherhood and apple pie….according to Wiktionary,  “Something that can’t be questioned because it appeals to patriotism and widely-held American traditional values.”

In the profession of Human Resource Development, one can make a similar case for “motivate, don’t legislate.”   In all my years in the field, and in every article about employee engagement and empowerment, organizations are advised to motivate better productivity and performance. Motivation is something that isn’t questioned because it appeals to our organizational values.  Don’t most organizations say, “people are our greatest asset?”

I learned an interesting lesson several years ago that sticks with me today about motivation and legislation.  I was the head of Talent, Learning and Compensation for a Fortune 500 company that was evolving from a loosely woven group of small local offices, to a large company with consistent operating process.  Yes, indeed, but I can talk about that change process another day.

The three distinctly different business unit Presidents embraced this new program with very different attitudes.  Two Presidents thought it was a waste of time.  The third, a newly named President, (let’s call her Molly) saw the value, (yay) but wanted to keep it very simple, not train, and not make a big deal about it.  But she wanted to track compliance (the legislate part…)

Being good HRD consultants we tried to explain that we shouldn’t really set these managers off to do something this important without training, and without realizing how big of a responsibility it was to do performance appraisals.   But she was adamant – focus first on quantity and then on quality.  Reluctantly, we said “she’s the boss“.

The first year, we reported compliance numbers (% of appraisals completed), and the two who thought it was a waste of time had terrible numbers, but the President who supported it had numbers that were some, but not too much better.  The CEO asked to see the numbers, and made them part of the quarterly review.  The other two Presidents’ attitudes didn’t change, but they did communicate the expectations that “the CEO” wanted it done.

Molly took a very different approach.  She spoke with each of her direct reports personally to ask why they didn’t complete the work, or to thank them for doing it.  She made a clear statement that this was an expectation, she was not kidding (there had been some “flavors of the month” in the past that went away as quickly as they came), and compliance would be considered  in making bonus decisions (she, um, forgot to tell our Comp Team about that, but hey…).  She got great feedback about the process which she passed back to us.

The next round, the other two business units improved, but Molly’s numbers went out the roof.  She went through the same process of talking to each of her direct reports about the process and their people, and reported to us that some of her direct reports were finding value in having performance discussions with their teams. (Double yay!)

Year three – Molly’s direct reports started ASKING the Human Resources team how to do a better job at performance management!  The other two business units were making incremental progress, but Molly’s team made transformational progress in just three years.

Clearly, leadership set the vision here – the CEO to the Presidents, and Molly to her directors.  As clearly, Molly’s communication style went a long way to engaging her teams, helping them see value, and ultimately having them own the process.

But there was another piece of wisdom that I’m still chewing on in her decision to “just do it” with little training or help.  She knew personally how much good feedback helped her career, but also knew that her directors had to learn the value on their own.  But it started with legislation – do this because it is important to me and to the organization.  She had trust in her conviction that it was a good process, and trust in her directors that they would eventually find value.  She stuck it out with a consistent message and follow through.

Legislation alone won’t work.  But the other Presidents never did stop telling their directors that the CEO wanted it done, didn’t hold them accountable for the basics, and many never did realize the value of good leadership dialogue and that’s really what it’s all about.

3 thoughts on “Legislate or Motivate”