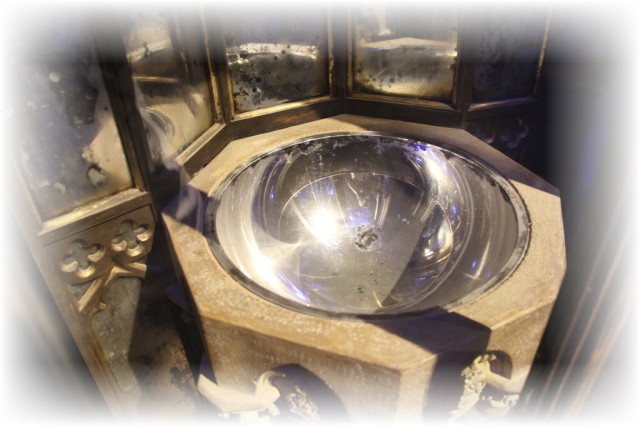 JK Rowling understands human nature very well.  To build an entire universe populated by people, animals and magical creatures that each have their own personalities, foibles and idiosyncrasies is….well…brilliant.

And so, after a couple excursions to the Wizarding World of Harry Potter in Orlando, I decided to read the books again; I missed the characters.

The first time around, I didn’t catch some of the wisdom conveyed by the elders in the wizarding world; I read it for the story.  In most second reads once you know the story, you see insights, philosophy and wisdom.

On the slim chance that you don’t know this story, Dumbledore is the headmaster of Hogwarts School for Witchcraft and Wizardry, and Harry Potter is a miracle child wizard who is a student there. As a baby he survived the most evil curse, and so is something of a celebrity in the world of wizards.

As the evil Lord Voldemort gains strength, Dumbledore and Harry are working together to fight the evil. Dumbledore has given Harry “the most important assignment he will ever have” – recovering a memory from another professor.

For various reasons, Harry has not accomplished the task at his next meeting with Dumbledore.  When asked, if he had succeeded, Harry told Dumbledore that he asked the professor about the memory, but the professor wouldn’t give it to him.

So here’s the most powerful coaching response I have probably ever heard.  Dumbledore, in his quiet manner, asked Harry, “And you feel that you have exerted your very best efforts in this matter, do you? That you have exercised all of your considerable ingenuity? That you have left no depth of cunning unplumbed in your quest to retrieve the memory?”

After Harry’s litany of excuses, Dumbledore tells him, “I thought I made it clear to you how very important that memory is.”  Rowlings describes Harry’s reaction:

“A hot, prickly feeling of shame spread from the top of Harry’s head all the way down his body.  Dumbledore had not raised his voice, he did not even sound angry, but Harry would have preferred him to yell; this cold disappointment was worse than anything.”

And Harry sincerely apologized to Dumbledore and promised to succeed, which he ultimately did.

Why is this an effective coaching lesson? My thoughts….

It was civil. No yelling, but simply good questions that ultimately brought Harry back to the fact that he had accepted the task and had not worked sufficiently hard to succeed.

It was sincere. Dumbledore thanked Harry both for his apology and for his realization that he had let Dumbledore down.

Dumbledore asked, rather than stated. He didn’t have to tell Harry that he was disappointed, or that Harry failed.  The questioning technique led Harry to his own conclusion.

Dumbledore raised Harry up, rather than beating him down. Dumbledore’s questions let Harry know that he trusted him and believed that he had the cunning and skill to accomplish the task.

It was authentic. Both Dumbledore and Harry came to the conversation with respect for each other and for the work that had to be done.  The respect broke down defenses that might otherwise have come up and prohibited Harry from the self-reflection that led to the realization he had let Dumbledore down.

The conclusion was Harry’s to draw. That gives it far more power and far more ownership.

Okay, so Dumbledore’s questions to Harry were a little over-the-top, but hey, it’s a novel.  How does it translate to our muggle lives?

To me the lesson is to begin with clarity about expectations, which often means making sure that the individual receiving the instructions understands exactly what he is to produce.  Once those expectations are set and understood, frequent updates are important to guide and, if necessary, correct.

Correction works far better if there is already a foundation of trust and respect, and if the correction reinforces the belief that the individual charged with a task is capable of being successful. By asking questions about clarity of expectations, about progress, about process, the individual can arrive at their own conclusion, buoyed by the trust and wanting to make good on his commitment.

Photo credit to David Paul on Flickr, quotes from Harry Potter and the Half-Blood Prince, pages 428-9