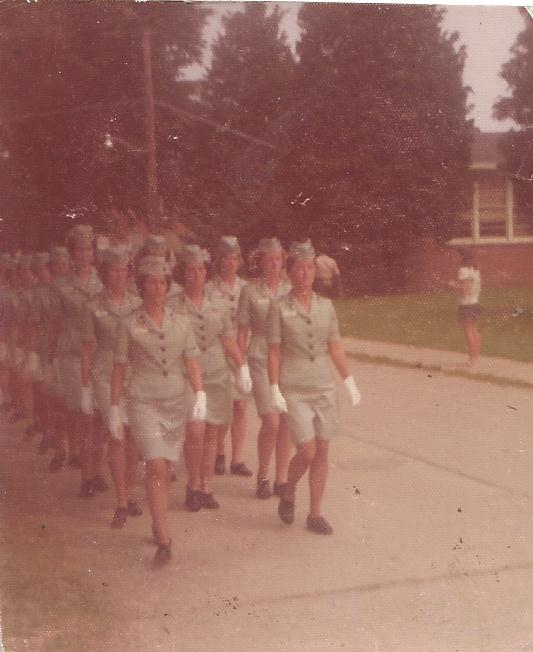 Back then we were called Women Marines, WMs or BAMs. We told ourselves that BAM stood for Beautiful American Marine, but we knew better. I was assigned a 0102 MOS [that’s military occupational specialty] as a Personnel Officer.

When I arrived at my first duty station in the Mohave Desert, I was introduced around the headquarters building, where I would be working. A crusty Lieutenant Colonel called me aside and handed me a business card. It said, “I’ve had a vasectomy.” I had just been through a few months of hell where us Second Lieutenants were put in fear of senior officers and taught to do as we were commanded. Thankfully, I had the strength to say “thank you,” and walk on.  Then I went back to my quarters and cried.

After a few weeks, I received a phone call at work from the President of the Officers’ Wives Association. She said that several people saw me eating lunch with one of the Marine Officers (who happened to be my boss) in the Officers’ Club. She suggested that I should refrain from doing that in the future. She didn’t say why. She didn’t have to. END_OF_DOCUMENT_TOKEN_TO_BE_REPLACED